If you know photography and Photoshop, that might be eye catching. Ditch the venerable Lightroom/Photoshop combo? Whatever for? Or, if you don't know of those things that well, you might not find this all that interesting. Regardless, it's a big shift for me, so I thought it worth a post.

Here's the rub I've developed with Adobe (arguably, much like Apple, a love 'em or hate 'em company for many of us). It's the control thing. I don't like being controlled by vendors, forcing me into products that serve their best interests over mine, or pushing me to become more and more dependent on them. More on that in a bit - first, I have to give Adobe some due praise.

PS and LR are still apparently the best apps out there for photo professionals and serious enthusiasts. Having done some recent light research, I can say it appears they still have the lion's share of the market. And for good reason. LR and PS are the longest-tenured and most developed, mature, robust and powerful photo management and editing apps out there. But it's not all about the apps.

Likely in an effort to rope users into more loyalty, Adobe moved to the subscription model a few years ago, and I didn't mind - in fact, the $10/mo price for full use of LR and PS is what helped me jump in with them. Well that, and the unfortunate decision by Apple to kill Aperture. So, rather than spend $1200 to buy a product I'd have to replace every few years, this subscription made a ton of sense. And the ridiculously high price to buy it outright is what had kept me away for decades.

And after a couple years of using Adobe, I have no complaints. I'm far from a serious enthusiast and not really a pro, so I'm not picky about RAW file conversion quality or other complex aspects. In fact, I really love LR's DAM (Digital Asset Management) system, which helped me organize my previously messy 18,000-image collection. But there's a fly in the ointment.

Recently I got an email from Adobe - and the photo world also started talking - about Adobe changing up the LR versions. Now instead of the nice single app, they have two: one (the one I've been using) is now Lightroom CC Classic. And the new one takes the name of the old one, Lightroom CC. That confused me and the market, but Adobe's marketing folks cleared it up quick. What we're seeing is an evolution toward not just software-as-a-subscription, but full cloud-based photo management and editing. Some are saying the old way (we keep our own photos on our own machines) is dying and the cloud will be the only way to store information, including photo collections. That may be unavoidable, but most of us aren't ready, not yet.

Translated, I see a future where you pay Adobe for both the software and the online photo storage. A future in which the two are inexorably linked, and the user is locked into a contract that if broken, it would be hard or impossible to get and keep their images. Now that may not happen, but I don't like the idea of a company pushing my image management into their own court in any way, and I also don't care for the likely price increase. I love my SmugMug site and it's unlimited storage, and I really love storing and backing up my own creative work. All 18,000 images of it.

Add to that, unlike pros and prolific enthusiast photographers, I don't use my software that heavily, so I'm more willing too take chances and try new things. And until now, I didn't see many affordable alternatives LR. Until now.

There's a nifty little company out there called On1. Having used On1's wonderful Perfect Photo Suite 10 (and a previous version) for my image effects for some years now I'm quite familiar with this wonderful app. In fact, most of the portfolio pics on my web site's front page were stylized with it. And I receive all kinds of marketing emails from them touting the latest and greatest updates. I like On1, so I don't mind. Then the last two upgrades caught my eye.

In 2017 they released their first true competitor for LR and PS, On1 Photo Raw 2017; in this all-new app, they had added DAM so users can catalogue and organize their collections through the app, just like with LR. Then later in the year came the 2018 version, now available. It's much improved and getting some rave reviews, even though it still has a few things to make better. And after a few more emails with really tempting upgrade pricing (one time, $79, no subscription needed), I took a close look. Frankly, it's too tempting  not to try.

So here goes! I'm taking the plunge. Adobe friends and pundits, don't fret. I'm going to try Photo Raw 2018 alongside LR for a bit before I decide to file divorce papers. But after reading multiple blogs and reviews, I have a feeling I might just ditch LR/PS, save $40-$120/year, and see where this rabbit hole leads. Stay tuned - I'll write about it!
Posted by alw photography at 9:37 PM 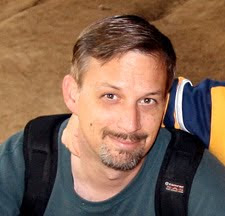 News and Other Info

Welcome!
This blog provides additional info to my web site, www.alwpics.com, with news items and a slightly more personal touch.

You'll notice quite a mix of web sites listed under Recommended Sites, below. I've purposely tried to offer some from most of my interests, just to share a little variety. Maybe you'll find something cool, too!